OK. So I hardly ever blog. And i may not get to blogging a whole lot any time soon. But. Here's why I'm updating today. I've been feeling the itch to create something outside of work, and I've been thinking about making an animated short. Yup. Something of my own that i will write, design, animate, etc etc. I'm excited about it, but it's going to take a lot of time and a lot of work. I, and by extension, you, may not see the fruits of my labor for a while.

This blog will serve as my production blog throughout the entire process. I am adapting this blog to serve as a behind the scenes process both to fill you in on what i'm up to, to gain your feedback, and, most of all, to serve as a motivation to keep me going.

Be patient with me, I'm hoping that this post serves as a motivation to get me working and keep me focused! Now to just figure out what story i want to tell...

This video makes me pine for another trip to Japan. It's not a flawless video. I wish the filmmaker had committed to a slightly more natural color palette, but overall it conveys a gist of what i love about the city of Tokyo.

I know I seem to post a lot about Japan, but i love that country, and not because I'm some weird geeky fanboy. It's a beautiful land and even their cities seem to have a natural beauty to the way that they're constructed. Tokyo in particular is layered with visual interest, from the ground in front of you to the converging mass of wires and transformers suspended above you. It's a testament to man's ability to create, to build, and to engineer for not just himself, but for society as a whole.

To think that a city the size of Tokyo is able to run as smoothly as it does boggles the mind. If we here in the US were to try to create a city as densely populated it would be overrun by crime, trash and a lack of well functioning services like transportation. And the reason, in my mind, that we wouldn't be able to succeed like Japan has is the culture of individualism that we breed here. Now, don't get me wrong, I'm all for the individual and the ability to create for yourself a world of freedom that brings you peace, but I also believe that we all have a responsibility to society around us to be the very best that we can be within our spheres and within our families, and to contribute to our world instead of selfishly take and take from it without thought to consequences of those around us.

I know that Japan isn't perfect. I don't think there is anywhere in this world that is perfect. I do believe, however, that there are lessons to be learned from their culture and society, just as any culture has. Yes, even ours. I mean, the US does rock it.

And also, i can't wait to have a baby, mostly so i can dress it up in these... 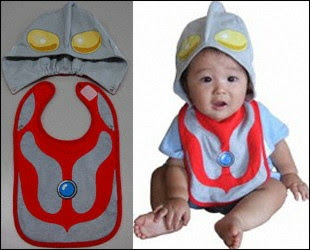 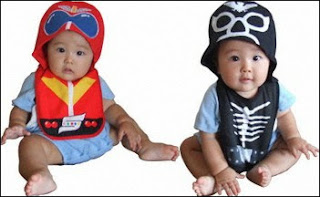 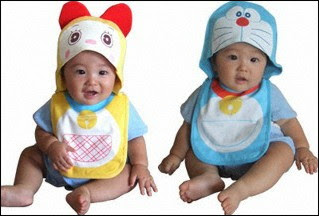 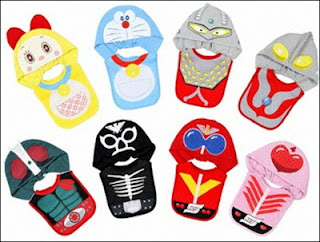 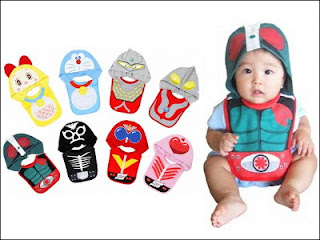 I realized a bit ago that i've been bad about posting. It's not that i haven't found anything worthy to share, but i just never take the time to put stuff up. Well, for this, i have found the time. I love hearing one of the greatest artists and storytellers of our time talk about another great artist and filmmaker. I seriously can not WAIT for this movie...

EDIT: thanks for letting me know the link was broken kerri. This one should work for the next day or so i hope :)

I love the onion.

I LOVE LIVING IN THE FUTURE!!!
Now if they could just start getting this mass produced. PLEASE.


Philips : Carousel from Sawacs on Vimeo.

I have no idea how this is done. And i love that feeling.

When i was in japan a couple of years ago i had the chance to visit Ghibli studios and meet the director of this video, "piece", when i was there. His name is Yoshiyuki Momose, and has been instrumental in many of Ghibli's shorts. Its funny because he actually disagrees with miyazaki on many things pertaining to animation and film making but the two must have a great respect for each other due to their long time working relationship. Prior to Ghibli Yoshiyuki Momose was one of the co-founders of Mook Animation where Transformers: Animated has been animated.

I wish that you could see this video in HD glory, because when i was shown the work in progress i marveled at the color pallet and beauty of this music video. Yoshiyuki Momose has a wonderfully gorgeous eye for color and animation, and this video certainly reflects it. My congratulations to all who worked on it. Job well done!

This link is amazing. I love it. So much great stuff.

I'll never be as cool as the man that built the giant robot beetle in his garage...

I love japan, and I love modernism in terms of worthwhile human achievement.
Click the HD button if you can.

...And it needed a lot more adapting.

People would tell me I'm only supposed to like real fancy artsy-fartsy movies, but sometimes this is all i need. The first 2 were pretty awful but Tokyo Drift drove burnouts all over my common sense and i fell in love. Since number four retains the same director as "tokyo" and looks even MORE ridiculous? I'm in. I just wish it was Lucas Black teaming up with Vinnie-boy. Not that namby-pamby Paul Walker.

Thank you Derrick for showing me this piece of genius.

This is just too funny not to share. Someone has WAY too much time on their hands, but good for them.